Chevrolet Malibu LTZ: A midsize sedan with a presence

An American executive car for a welcome change

Our midsize sedan market has been mainly dominated by Asian and European badges for many years now. With nameplates in the segment that have earned the trust and admiration of successful Filipinos, it can be difficult for new contenders to step in and win the attention (and wallets) of a fixated market, unless they offer something genuinely impressive, intelligent and relevant to the discerning tastes and needs of this specific consumer group.

Chevrolet Philippines took a daring leap by bringing in the ninth-generation Malibu, to think the previous model didn’t really make waves here. In fact, it is the only American midsize sedan in the local arena, and I believe this new offering deserves a closer look.

The car has a refreshingly strong presence. It’s a sharp-looking ride, but it looks a bit more Eurasian than American. Don’t get me wrong, as I think it isn’t a bad thing. It comes at a price though, as it tips the pricing scale at P2.13 million. That places the Malibu at a higher price point than the Toyota Camry, the Honda Accord, the Hyundai Sonata, the Nissan Altima and the Mazda 6. Let’s see if that figure is justified.

As I pull out the solidly weighted key fob from my pocket to unlock the Summit White unit that stands before me, I can already sense this is unlike any Chevy I’ve driven in the past. On the outside, the Malibu exudes sporty elegance, subtly resembling the Camaro from its front end, accented by a sinister combo of HID headlamps and LED daytime running lights. Styling tastefully tones down a notch as you move along the elongated side profile. Things get interesting again as you veer toward the sloping roofline and the trunk, giving the impression of a fastback.

You’ll find the car most attractive when you view it diagonally from the rear corners. The slightly squinting LED taillights complement the robust rear end, with dual hexagon exhaust tips matching the front grille pattern to finish things off. The sleek body is paired with a set of shuriken-like 18-inch aluminum alloy wheels shod in 245/45 all-weather tires, adding great appeal to the overall design. The Malibu looks really good from almost any angle.

Entering the cabin, you’ll be greeted by a spacious and inviting interior that immediately elevates the impact of the car. The mix of brown soft leather trim and plastic beginning on the dashboard and running along the door linings is executed quite well with ambient lighting in the dash creases and parts of the door sidings. The unique faux-woodgrain bits found on the doors and the shifter look classy.

Soft perforated leather front seats feel good to sit on even on long trips as they provide the right amount of bolstering and lumbar support. The driver and passenger saddles come with 10- and eight-way power adjustment, respectively. Though I don’t care much for heated seats in our climate, I am absolutely pleased to find that the front seats have a cooling feature that’s perfect for hot days, able to keep bums sweat-free. On the topic of spaciousness, legroom is quite generous all around and provides comfortable seating for five adults, while the cavernous trunk can accommodate a considerable amount of cargo. If one were to be chauffeured around in the Malibu, the back seat is a nice place to be in, but do consider you’d be at the mercy of your front-seat companions as only they can lock and unlock the rear doors—a safety feature meant for the little ones.

The Malibu is equipped with convenient infotainment apps like Android Auto and Apple CarPlay, and navigation via an intuitive eight-inch MyLink touchscreen system connected to nine Bose speakers that deliver lush audio. Comfort and intelligent safety amenities are pretty much what you’d expect from a vehicle in this class. An inductive charging slot in the center console for wirelessly charging smartphones is a nice bonus. This LTZ variant (the only one available in our market) also comes with a panoramic sunroof, adding more natural light to the earthy-colored interior.

I’m rather disappointed to discover no soft-touch materials whatsoever. The hard plastics on the upper end of the dash and the sides feel grippy and of decent quality, but the lower half of these portions (including the B-pillars) is lined with cheap, scratchy stuff. As new as the car is, signs of scuffing are already evident in these areas. I begin to wonder how well said plastics will hold up in a couple of years of ownership.

The drive is where the Malibu absolutely shines. Under its hood is a turbocharged 2.0-liter gasoline engine serving up 250hp and an invigorating 353Nm of torque made available at a light tap of the gas pedal, ranking the Chevy sedan at the top of its class in terms of power alongside the 3.6-liter Subaru Legacy. It gets up to speed surprisingly quick, hitting 100km/h from a dead stop in under seven seconds.

Though a bit of turbo lag is perceptible, the engine accelerates with a sense of smooth, refined power, while braking delivers reassuring bite and confident balance. You might expect more grunt out of the four-banger when you push it hard, but the engine and the exhaust will remain pretty quiet even at high revs.

Handling is commendable. Despite the sizable frame, the car feels more like a compact sedan as I maneuver through winding highways. It’s light on its toes without compromising traction. I experience a mild hint of understeer when I get too enthusiastic at corners, which is forgivable given the Malibu’s front-wheel-drive layout and spirited engine.

As civilized as the Malibu is, ride comfort is a tad firm and road noise is slightly audible at times. Generally, road imperfections are moderately felt but handled with aplomb. The car does have some quirks which I’m not really a fan of. For one, switching to manual mode requires you to use the + and – buttons at the top portion of the shift lever, making it feel awkward to use. The leather-wrapped tiller with its soft-touch button controls would’ve been better if it had been equipped with paddle shifters rather than audio controls behind it. Nonetheless, the ECU does a pleasing job of changing gears, so it’s best to stay in automatic mode.

On an 88km highway stretch, the Malibu manages a respectable fuel consumption of 16.4km/L. However, the thirst kicks in through Metro Manila’s rush-hour traffic, bringing down the fuel efficiency to 6.2km/L.

Overall, the Malibu is a worthy addition to the dog-eat-dog midsize sedan segment. If you’re looking for a vehicle that satisfies your need for speed while being stylishly different from what is normally seen on our roads, this may be it—as long as you’re willing to pay a bit more to own it. Let’s not forget that it comes with a five-year (or 100,000km) warranty. All things considered, the Malibu is like the NBA player Russell Westbrook in a spiffy suit, ready to do a fast break through the opposition. 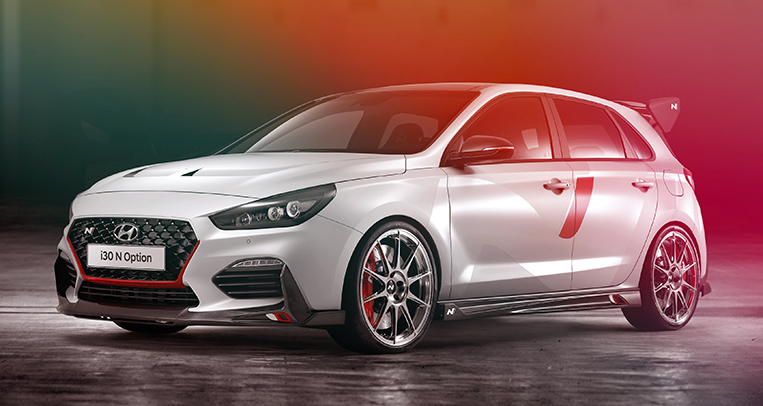 Sporty Hyundai N models are about to get flashier 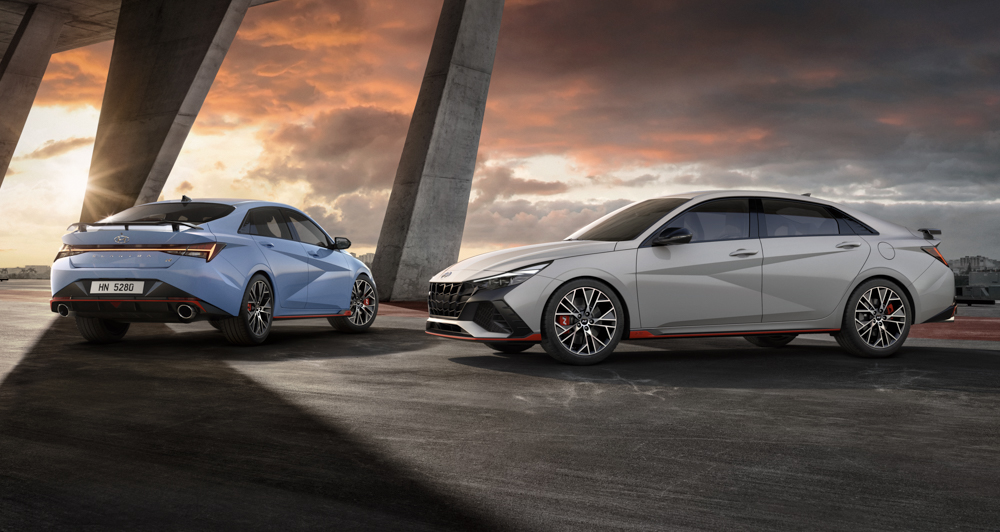 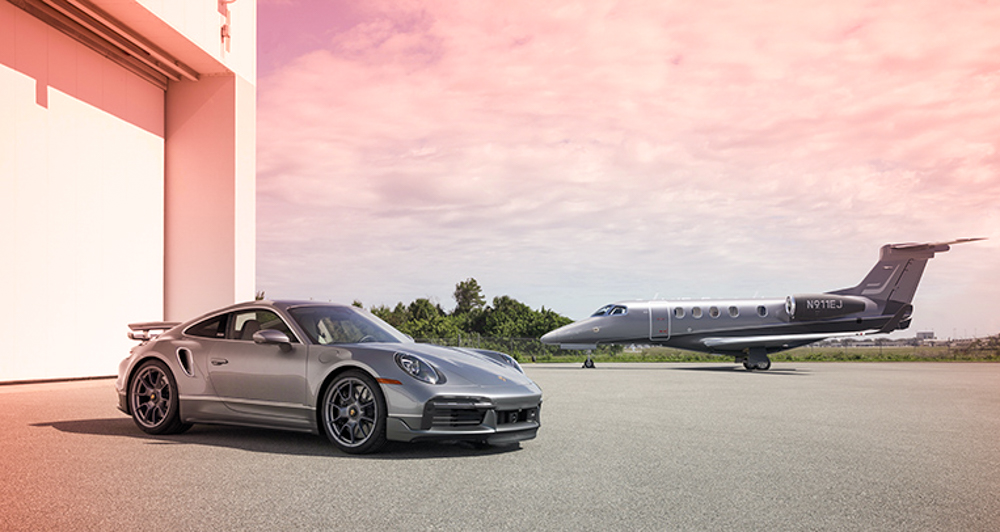 Buy this business jet and get a free sports car 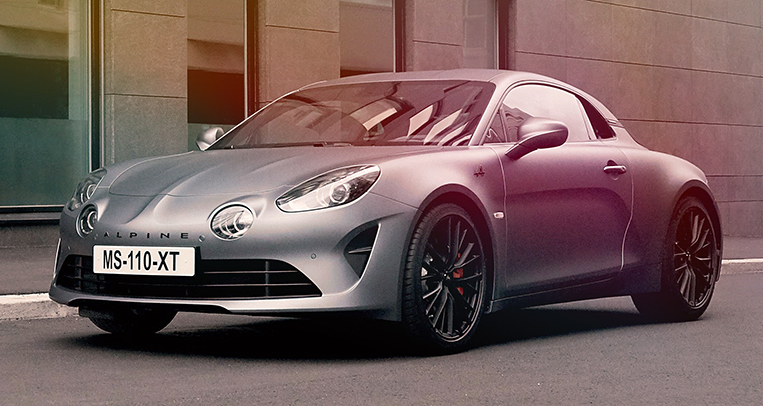 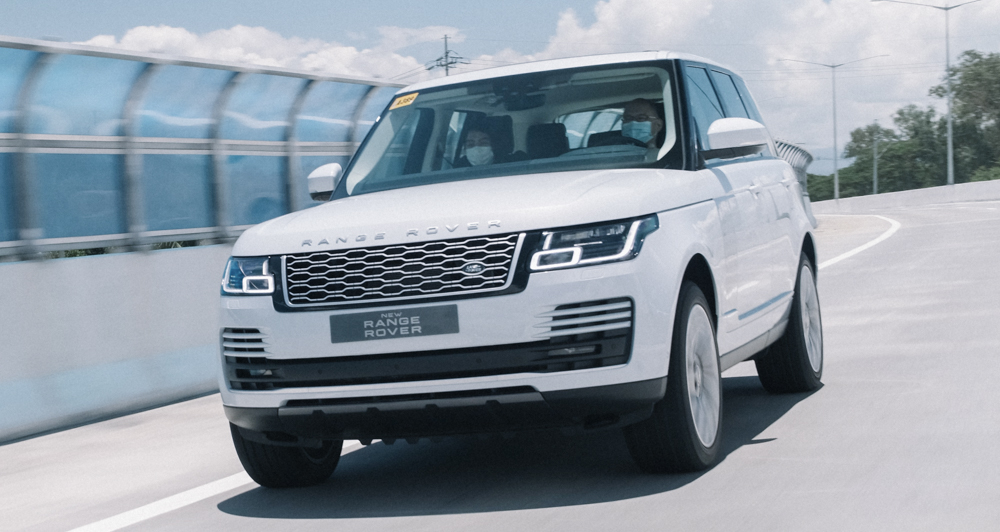